What's on your mind?

As you can see here, key art for Suicide Squad: Kill the Justice League has been revealed. Also announced is that more about the game will be revealed at DC FanDome 2021, which begins on October 16, 2021 at 10:00 A.M. Pacific Time. The full key art is also be posted below. 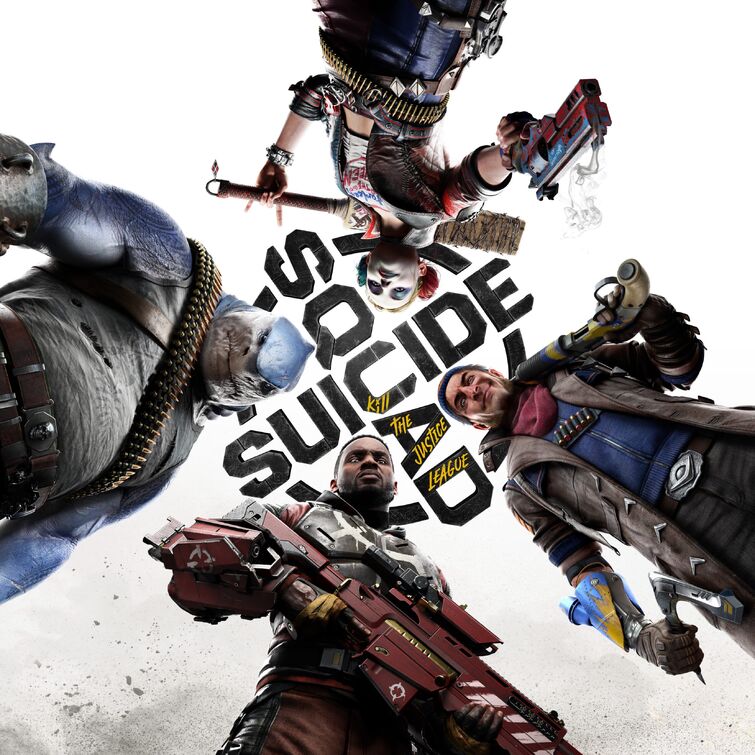 With the recent news of a Arkham Knight remaster, I think we should ask WB Montreal to release a remaster of Arkham Origins as well. I don't have twitter or Facebook so if someone wants to drop this on either site and tag rocksteady or WB Montreal, that would be great.

Some cool ideas I thought of for a Origins Remaster:

For the Arkham Knight Remaster just include more suits. Most of the suits match up with their respective Batman suits from previously released DLC for Arkham Knight. There would only be 8 additional suits and one batmobile added to the remastered version of the game.

Those new suits would be:

They could also add battle mode to the batmobiles in game including:

If they wanted to, they could add Batwings for aesthetic purposes, just to match there batmobiles and suits:

i am new here i love batman arkham series 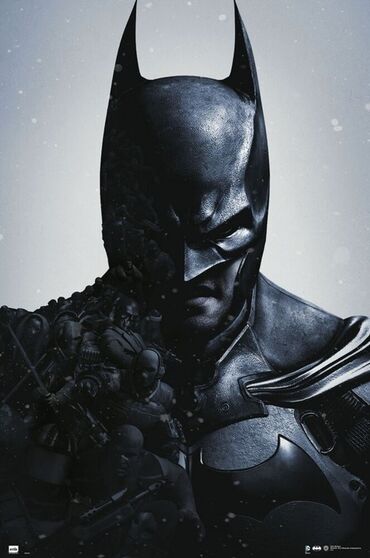 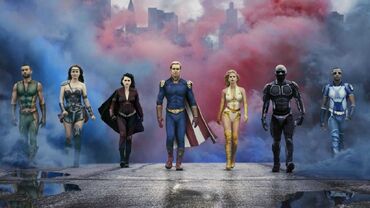 The Seven (The Boys TV Series)

First, the voice actor from Harley Quinn (Iara Riça in Brazil) had already retired and that's ok since it was her choice and such.

and days later, he had said on his instagram that Iara Riça is no longer with us, and said "Goodbye Harley Quinn"

I've been thinking a lot about Rocksteady's new video game, Suicide Squad: Kill The Justice League. And I have to say, the government sending a bunch of reckless, loose-cannon, untrustworthy supervillains to kill the world's greatest heroes is pretty much a really crazy idea. Why? Because...well, let's be honest. Every villain that has tried to take on the Justice League have always ended up losing and getting put in jail. There is major doubt that the Squad won't meet the same fate. At least, not without potential help from one of the League's own. As everyone knows, Batman has prepped and planned every contingency for if Superman, or any of the Justice League, were to become a dangerous threat to the entire world. And we all know that this isn't the first time that's happened.

Injustice: Gods Among Us - WikipediaEN.WIKIPEDIA.ORG

But this is different. Batman is technically dead after Scarecrow revealed his identity, and his house is destroyed and walled off, which means the world has no hope of the Justice League being defeated. And the Squad have no way of accessing his files on how to defeat them. And every other superhero that would try would end up dead. So this brings me to my question: how are the Suicide Squad going to stop the Justice League from destroying the world? 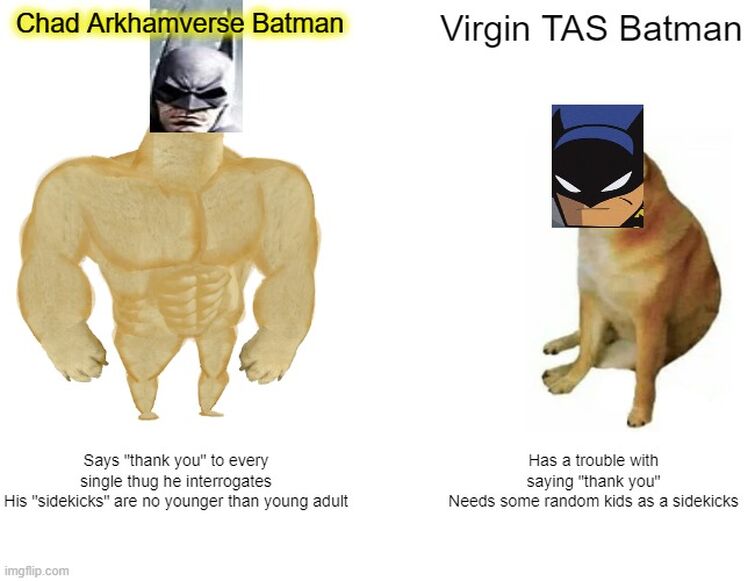 E3 may have shown some sweet-ass Marvel stuff, but we still haven't seen any other trailers for Gotham Knights or Suicide Squad: Kill The Justice League? When on Earth do you think we might see more? And before you ask, i meant sometime earlier before DC FanDome this year. 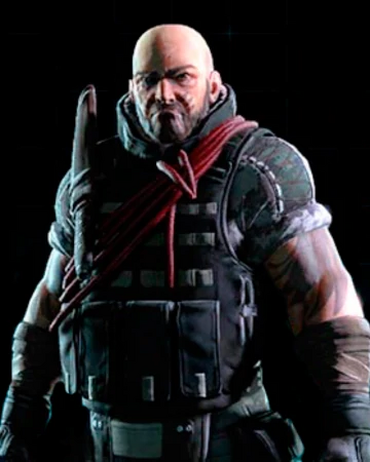 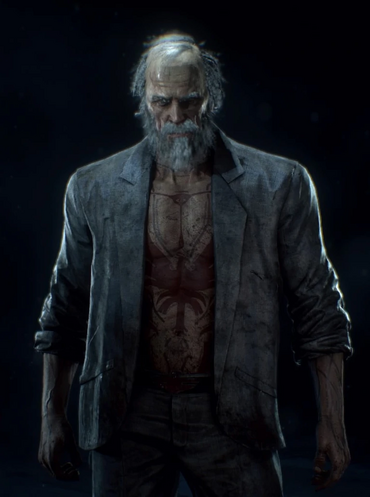 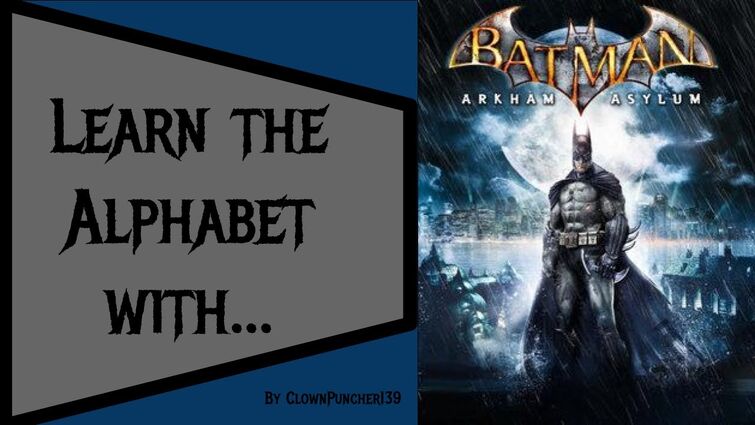 After watching Arkham Knight, and seeing the trailer for Suicide Squad: Kill The Justice League, I've been thinking about what would happen next after those events. So I made a movie idea called Mutatron: The Maestro of Mayhem! Here is the story: Almost 1 year after Batman seemingly died following the revelation of his true identity and almost every superhero in the world has disappeared while others were killed by the Suicide Squad, Gotham has been at the mercy of a crime wave, leaving its people truly desperate for some to come save them. Meanwhile, Harry Cavatica, a deranged 35-year-old gray-skinned metahuman with the physiology and personality of a cartoon character who has been framed for murdering criminals, is in the City searching for the culprit behind these deaths. Harry is also a superhero fan who dreams of being just like his idol, Batman, and believes that insanity can be used to help mankind, but views the possibility of the superhero life for him as just an impossible dream, given his unstable mentality. But when the Dark Knight's arch-nemesis and Harry’s ex-best friend, The Joker, returns from the dead to exact his revenge on Gotham, as he believes that its fractured society was responsible for creating the criminal scum that were complicit in Batman’s self-inflicted demise, Harry, A.K.A. Mutatron sets out to stop him, with help from a mysterious and stubborn stranger named Charlene Walter, who also happens to be the daughter of an ex-crime boss, and a victim of the Arkham Asylum TITAN project that took on the mantle of The terrorist known as The Arkham Knight to make The Knight into a symbol of Justice and Honor. And with the help of other misfits like The Batman of an alternate dimension, Reformed ex-crime boss Harley Quinn, Former member of the disbanded Justice League and nightwatcher superhero Cyborg, Red Hood, the vigilante who was formerly known as The first Arkham Knight and retired Jewel thief Catwoman, Harry will need to fight some of Gotham’s most ruthless villains in order to not only clear his name and save Gotham from complete devastation, but also restore people's faith in superheroes and prove that even insanity can save the world, while also realizing his destiny of becoming the next Defender of Gotham City.

And here's my idea for the voice cast:

Will Arnett as Commissioner James Gordon

Willem Dafoe as The Joker

It doesn't really matter whether you like it or not. What matters is what you think of it and how it might change the face of the Arkhamverse...forever. 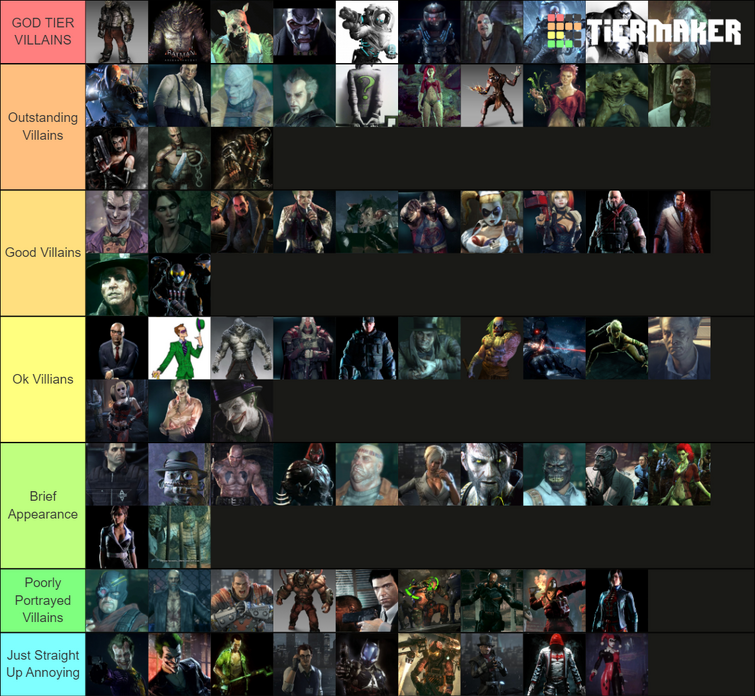 If you really get down to it Arkham isn't a hospital its a hotel! I mean Criminals escape there like they were checking out of a Holiday Inn!