Arkham Origins Multiplayer is an online mode that was first introduced in Batman: Arkham Origins. All game modes were competitive that involved Bane and Joker's gangs battling each other. As of December 4, 2016, the online services for Arkham Origins were retired.

As of January 2021, it appears that you can no longer find matches on any platform, no matter what you do, all you get is the Error 3 code.

As of February 2014, Arkham Origins Multiplayer has two game modes, Invisible Predator Online and Hunter, Hunted. Instead of the Sonic Batarang, Batman has the Explosive Batarang, which can take out enemies after it explodes. Gang members have guns and can melee attack. They also have enhanced vision, which is like detective vision, but it's inferior compared to the Detective vision, runs out of battery over time, and battery is recharged slowly overtime. Ammo Boxes and grenade boxes are scattered across the map so an elite gang member can resupply, these crates will begin to make noises whilst being used, which could alarm opposing gang members or Batman and Robin to your location, so act cautiously while you're resupplying.

Super-villain bosses will demand entry halfway through the match, depending on what team you're playing for, you will have the opportunity to become The Joker or Bane, whilst Batman and Robin must attempt to neutralise the elites from being able to make their way to the door in which the villain(s) will demand entry. Villains do not regain health whilst in battle, nor do they return if defeated.

Hunter, Hunted is a game mode where three Bane elite gang members fight three Joker elite gang members with firearms while Batman tries to takedown the gangs. All thugs (and Batman) have one life and cannot respawn. The game can be won by the thugs if one gang eliminates another gang and eliminate Batman or one gang controls two control points. Batman can win by knocking out all thugs.

Batman Arkham Origins's multiplayer also allows players to customize their thugs in the respective gangs. While most options are merely cosmetic, the players can obtain items with a [+] symbol next to the item's name which give players various buffs to assist them in gameplay. These items can be obtained by levelling up in a specific gang, or buying Cobblepot Premium Crates at the Black Market Store. While leveling up in multiplayer, players can obtain new guns which can be leveled up with experience and can be equipped with skins. Batman and Robin can also obtain skins as the player levels up his overall level, and use other skins obtained in Playstation Store or skins transfered from Arkham Origins Mobile Edtion. 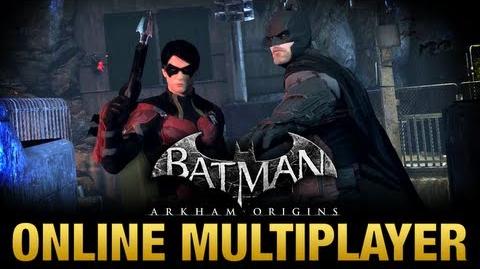 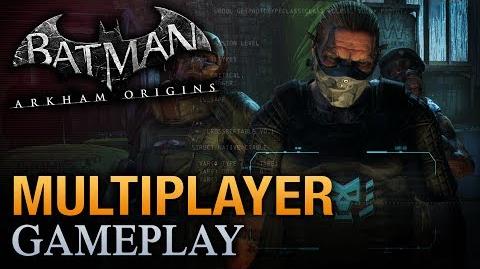 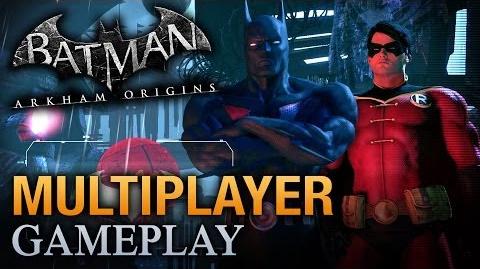 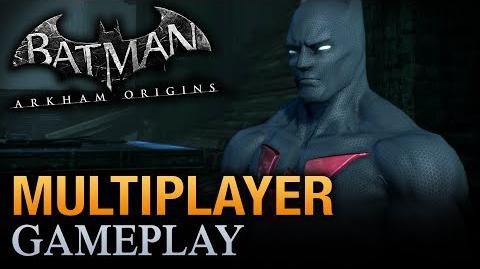 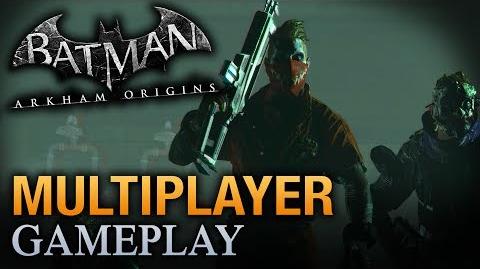