Batman: Return To Arkham is a 2016 remaster of Batman: Arkham Asylum and Batman: Arkham City, for the PlayStation 4 and Xbox One. It was developed by both Rocksteady and Virtuos Studios.

The collection includes both games and all previously released downloadable content. It was originally set to be released on July 26, 2016, but was delayed. It was released to the public on October 18, 2016.

Differences to the original games 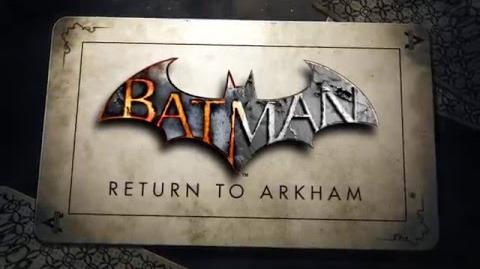