Cold, Cold Heart is a story DLC for Batman: Arkham Origins. It features Mr. Freeze making an attack on Gotham City. The player unlocks Thermal Batarangs and other gadgets for use in the story. It was released April 22, 2014.

On New Year's Eve, GothCorp industrialist Ferris Boyle wins the Wayne Foundation Humanitarian of the Year Award at the New Year's Eve Ceremony hosted by Bruce Wayne at Wayne Manor. Just as the guests are about to celebrate, an explosion knocks people off their feet, also creating a large iceberg along with several people being frozen. Penguin's Henchmen enter just as a tall, heavily armed man in a mechanized suit with a freeze ray demands to see Ferris Boyle. Bruce searches for Alfred, but is captured by Penguin's Henchmen. Alfred is knocked unconscious when attempting to fight back, causing Bruce to snap and retaliate by subduing them all. Alfred watches over the guests, while Bruce enters the Batcave via the Wine Cellar. He learns that the man's name is 'Mr. Freeze' and Alfred suggests donning the XE Suit. Since it's not ready to be tested, Bruce dons the Batsuit. Batman makes his way back to the Manor, where the power starts to go off as the thugs start to torch the mansion. Alfred and the guests are recaptured, forcing Batman to save them all.

He attempts to rescue Ferris, but is frozen solid by Freeze, as Freeze had no quarrel against the Caped Crusader. Freeze kidnaps Ferris and escapes, forcing Batman to interrogate Penguin's henchman, who explains that Penguin's dealer may know his location. Batman finds many people in the city frozen. Scanning one, he manages to track down the dealer via the leaking cryogenic gun he was armed with. Batman interrogates the dealer, who reveals that Freeze made a deal with the Penguin to steal cryogenic weapons from GothCorp, in exchange for Penguin's help in kidnapping Ferris. Batman is confused, since GothCorp doesn't produce weapons. Using the entry codes from the dealer, Batman enters the building, where he learns that Ferris is being taken to the Propellant Research Wing. Getting the security codes from the main man in charge, Batman pursues them. Penguin has taken Boyle hostage and has betrayed Freeze, wanting the weapons he was promised. Batman intervenes, giving Freeze the chance to recapture Ferris and freeze everyone, including Penguin, although not before telling Batman that his threats mean nothing to "a man who has lost everything." Batman learns from Penguin that Freeze wants Boyle so he can access some kind of super weapon. Also, that the only way to break through the ice blocking the way through and containing Penguin in is a Cryo Drill that he has his men safe guard at My Alibi Night Club. Traveling to My Alibi, Batman has Alfred drop the XE Suit in a container onto the rooftop. Donning the suit, Batman breaks into the nightclub and fights off Penguin's men. Interrogating the last one, he learns that the Cryo Drill was broken into two pieces. After gathering the pieces, he discovers that the device requires a supercooled fluid, which is only found in Victor Fries' Lab at GothCorp.

Returning to GothCorp, Batman finds Fries' lab a frozen mess and a dead guard with the same blue skin coloration as Mr.Freeze. Setting up a crime scene, Batman finds that the guard died of heatstroke and determines that Fries was trying to help his wife Nora, who was put into cryostasis as she contracted Huntington's Chorea. Fries agreed to secretly develop weapons for Gothcorp, in exchange for Boyle devoting his company's resources to finding a cure. But when Fries learned that Boyle never intended to uphold his end of the deal, Fries attempted to find the cure himself. Furious, Boyle had Nora removed from the lab to another section of the facility. He then assaulted Victor but an accident caused the discharge of Freeze's weapon, causing an explosion of supercooled fluids, which affected Fries and a remaining guard, altering their metabolism. When the guard attempted to escape the lab and died, Fries realized that he can only survive in a sub-zero environment and thus cobbled together a suit so he could step outside the lab. Realizing that Freeze was only intending to save his wife, Batman instructs Alfred to tip off the GCPD about Boyle's crimes.

Returning to the ice wall, Batman defeats the Penguin's men trying to free him, before breaching the ice, leaving the crime lord where he is. He then makes his way to the lab, where Freeze is attempting to force Boyle into releasing Nora, to which the man stubbornly refuses. Batman breaks in and attempts to reason with Freeze, informing him that the GCPD now know of Boyle's crimes, but the latter refuses to care, as he shoves Boyle into a cryo tube, claiming that it won't matter what Nora feels about his crimes, as the accident had destroyed any chance of his feeling any emotions. As he summons Penguin's men to attack, Batman goes around the lab and overloads the three cryotanks before using smart tactics to fight Freeze, their battle causing Nora's container to fail. But just as he downs Freeze, Boyle unleashes cryo gases, freezing Batman in ice. Believing the Dark Knight to be dead, Boyle believes that he can make up any story he wants to the police and begins to assault a helpless Freeze while he watches his wife die. However, Batman manages to break free of the ice, and manages to subdue Boyle. He then saves both Freeze and Nora's lives.

In the credits, Vicki Vale reports on the recent events of the night, surrounding Boyle's arrest and Batman. 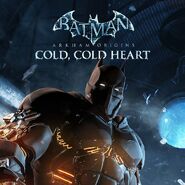 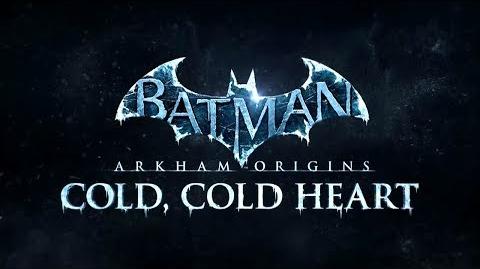 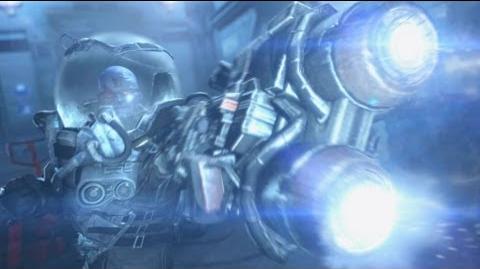