The Cryptographic Sequencer is a device that allows Batman to bypass security consoles, track signals, and listen in on radio broadcasts. The device was originally created to disable the security gates on Arkham Island. The security protocols used for disabling these gates were developed by Wayne Enterprises, being a two-part biometric sequence, with one part that was given to Warden Sharp.

Resembling a miniature computer, Batman utilized that to remotely hack into nearby computer terminals and door controls. It could also be used to intercept, decode, and listen to various radio frequencies.

During the Joker's takeover of Arkham Asylum, Warden Sharp's terminal for his part of the sequence was destroyed. Upon learning this, Batman took Sharp's own part of the biometric sequence and replaced Sharp's destroyed terminal with his own, and created a fully-functional Cryptographic Sequencer, which he used to disable the security gates around the Asylum, that allowed him access to areas that were otherwise inaccessible to him. That helped Batman get to areas such as Killer Croc's Lair in the Sewers as well as activating panels. Some panels were rigged with Smilex gas canisters (Those panels usually had two or three locks to unlock). If the player took too long to crack a security lock on a rigged panel, Joker gas would be pumped into the room.

During his attempt to hack into the security panels in the Museum, Batman discovered that Penguin ha placed military grade communication jammers around his territory to block all communication, which prevented Batman from using his Cryptographic Sequencer and required him to destroy the jammers, so he could get into the Museum.

After Batman downloaded the TYGER Master Control Program from a TYGER Helicopter, he was able to hack into the TYGER security panels as well.

Batman could also listen in on Penguin's channel, Puffin Zero via an encryption key from one of Penguin's Henchmen as well as the TYGER frequency by using an encryption key that he stole from a TYGER operative. He could also listen to the Gotham City Radio broadcasts. It was also used to crack security panels that controlled various doors and traps, which featured much more prominently with Riddler Trophies and Riddler Rooms. 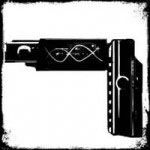 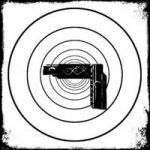