Lex Luthor is the founder and CEO of LexCorp, as well as one of the three richest men in the world and likely enemy of Superman.

At some point, Luthor attempted to buy Wayne Enterprises' Applied Sciences Division for a billion dollars, only to be repeatedly given implied refusal by the company's head, Bruce Wayne. Luthor also had some ambitions to run for President of the United States, with part of his platform being to deal with the problem with metahumans. At least one member of the Militia agreed enough with Luthor to publicly vow to vote for him. Comments by the Militia also implied that he had been involved in funding them as well as Scarecrow's terror attack due to his having designs for Gotham City. 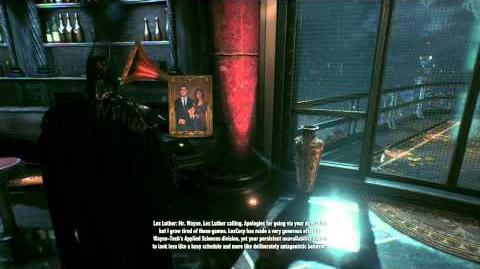