Batman uses Multiple Batarangs to assist him, and threw two or three Batarangs at once, which allowed him to hit multiple targets.

The Multi Batarangs could be used once an upgrade was purchased.

They reappeared in Arkham Knight. From the beginning of the game, they appeared when quickfired in combat, but required WayneTech Upgrades in order to be aimed. That time, however, they didn't appear on the gadget wheel, but were instead chosen by aiming the Batarang and pressing R1/RB. 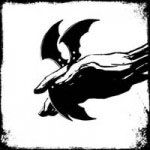 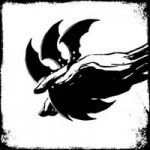