The Remote Control Batarang is a special Batarang that Batman can manually control once released. They are useful for hitting objects that are out of reach. The device is built with brakes and acceleration, and allows fine control over its movements. If sent through electricity, they retain the charge and can blow out fuse boxes to open doors.

As with its Arkham City counterpart, this Remote Controlled Batarang functioned the same, with built-in brakes and acceleration controls that proved useful for activating switches that were out of reach, or conduct electricity to activate fuse boxes.

In Batman: Arkham City, the Remote Control Batarang was built with brakes and acceleration, and provided fine control over its movements. If it went through electricity, it was able to blow out fuse boxes. An upgrade acquired through the main story, called Reverse Batarang, summed up to the ability for it to, once thrown, travel around an enemy, hit them from behind, confuse them, made them turn their backs to Batman, and allowed for Silent Takedowns.

In Batman: Arkham Knight, the Remote Control Batarang was similar to City, but improved. It was easier to control and bounced off surfaces, unlike in Arkham City, where it would cease control as soon as an obstacle was hit. However, unlike City or Origins, the reverse option was not gained throughout the story, but instead as a WayneTech Upgrade. It also was now equipped with a scanner, being able to detect id tags through walls, micro-explosives wired into a thug's brain, and Optic Camouflage Soldiers. 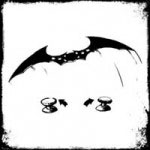